Crawford and Doumit spoke to Looper during an exclusive interview where the duo dished on their respective upcoming story arcs in "The Boys" Season 3. Crawford revealed why his parents aren't allowed to watch this season, detailed his steamy scenes with sea creatures, and why The Deep is vulnerable to getting sucked into a cult. Meanwhile, Doumit gushed about working with Eric Kripke again and dished on which former "Timeless" co-star she would love to share scenes with in "The Boys."

During an exclusive interview with Looper, Menon dished on the creation of Kamala's powers, Captain Marvel's influence on the series, what she'd like to see from a possible America Chavez team-up, and what she would think of a "Punisher" and "Ms. Marvel" crossover. The director also made an interesting "Star Wars" comparison to the show's extensive CGI. 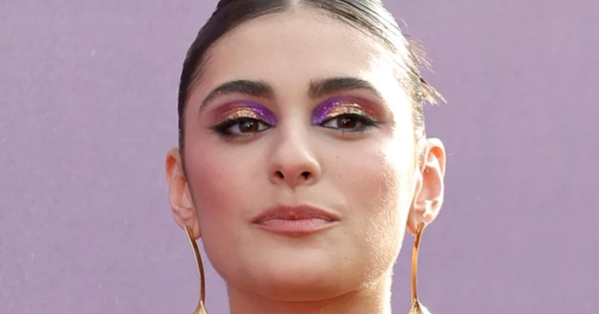 Looper spoke to Fletcher, Shah, and Lintz about all things "Ms. Marvel" during an exclusive interview. Fletcher revealed the importance of her feminist arc while Lintz went down memory lane about working with "Zemo" actor Daniel Brühl, and Shah teased Kamran's possible romantic arc with Kamala. The trio also gushed about working with Iman Vellani and shared some entertaining stories from the set.

During an exclusive interview with Looper, Mohan Kapur, Zenobia Shroff, and Saagar Shaikh talked about Muslim representation in "Ms. Marvel" and what it was like playing Iman Vellani's family. They also dished on the comedic family moments and teased what it was like filming "The Marvels."

Springer spoke to Looper during an exclusive interview where the actress discussed the Muslim storylines in "Ms. Marvel," why representation is so critical for young viewers, and what it's been like to tell her own story. She also revealed what it was like working with Iman Vellani, how the comics inspired her role, and what MCU team-up she'd like to see for her character in the future.

During an exclusive interview with Looper, Adil El Arbi and Bilall Fallah discussed the Captain Marvel and '90s inspiration for the show, why they love working together, and in which MCU role they would cast Will Smith. The duo also shared how they convinced Kevin Feige to get on board with their idea for the first episode.

Looper spoke to Sana Amanat in an exclusive interview where she dished on turning the comics into a series, the most significant changes they made, and her greatest regret regarding the show. She also gushed about why Iman Vellani is the perfect Kamala Khan and recalled her conversation with Brie Larson a few years ago.